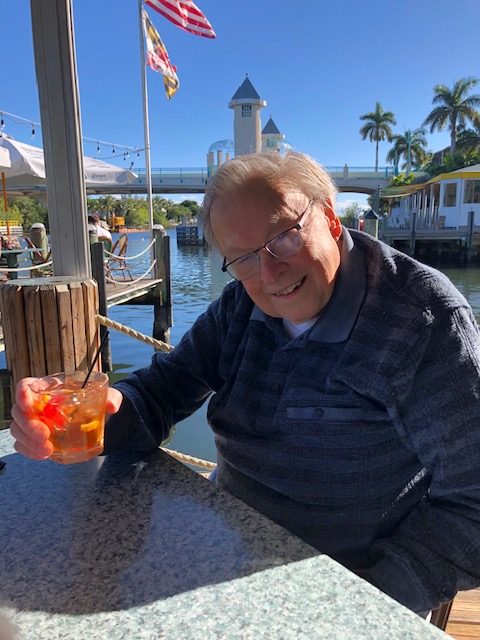 Donald W. Dorsch, age 87, a resident of Grayslake, passed away on April 23, 2022 at Bethesda East Hospital in Boynton Beach, FL.  He was born on September 3, 1934 in Chicago to George and Lucille Dorsch.  In his youth, he became an accomplished accordionist. In 1958, Don founded Illinois Claim Service Ltd., and built a successful company. He dedicated the remainder of his life to servicing insurance company clients and policy holders, and played an active role until his passing. Don was an avid mariner owning multiple boats throughout his lifetime. He spent his summers navigating the waters of Lake Michigan.  Don was a vintage car enthusiast and enjoyed restoring those in his collection. Don was a St. Gilbert Catholic Church parishioner for over 40 years.  Don is survived by his wife, Nancy, of 46 years whom he married on April 25, 1976 in Chicago; his children, George (Jen) Dorsch of Chicago, Kris Greene of Deerfield, Don (Pam) Dorsch of Spring Grove, Denise (Jeff) Mueller of Libertyville, and Jean (Dan) Kindvall of Sioux Falls, SD; his grandchildren, Jacqueline Greene of Deerfield, Renee (James) Howarth of Avon Lakes, OH, Brian (Bradley) Mueller of Libertyville, Michelle (Ben) Mueller of Phoenix, AZ, Don (Karen) Dorsch of Oak Creek, WI, and Eric (Nicole) Dorsch of Morrison, CO; 5 great grandchildren; and his sister-in-law, Eleanor Dorsch.  He was preceded in death by his parents; brother, Ken Dorsch; and infant daughter, Renee Dorsch. A visitation will be held at Strang Funeral Chapel, 410 E Belvidere Road, Grayslake, IL 60030 on Monday, May 2, 2022 from 4:00pm until 8:00pm.  A funeral Mass will be held at St. Gilbert Catholic Church, 301 E Belvidere Road, Grayslake, IL 60030 on Tuesday, May 3, 2022 at 10am.  Interment will be held at All Saints Catholic Cemetery in Des Plaines, IL.  In lieu of flowers, memorial contributions may be made to the American Lung Association.  For more information, please call (847) 223-8122 or visit www.StrangFuneral.org