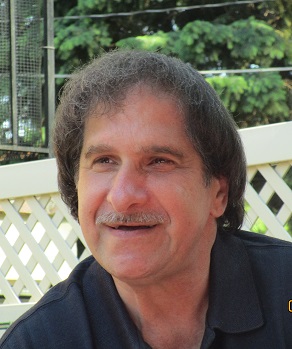 Walter J. Bajorek Jr., 65, a resident of Round Lake Beach for his entire life, passed away March 25, 2018 in Libertyville.  He was born December 6, 1952 in Libertyville to Walter and Catherine Bajorek.  Walter had worked for Delaware Paint in Round Lake, Sherwin Williams in Gurnee, and most recently at Ace Hardware for the past 18 years in Libertyville.  He enjoyed collecting coins, refurbishing Weber grills, and spending time with his family.  Walter is survived by his wife of 43 years, Roberta, his children Bill Whaley, Michael Whaley, and Amanda Bajorek, his grandchildren Bill Whaley, Tyler Whaley, Jacob Whaley, Autumn Valentino, and Kayla Valentino, and his sister Rosalyn (Joseph) Lisk of Texas.  He was preceded in death by his parents, his brothers Rick and Sammy, and his sister Sally.  A visitation is scheduled for Tuesday, April 3, 2018 from 3:00pm until 8:00pm at Strang Funeral Chapel & Crematorium 410 E. Belvidere Rd. Grayslake, IL 60030.  A funeral service is scheduled for Wednesday, April 4, 2018 at 11:00am at the funeral chapel.  In lieu of flowers, memorials may be made to the American Diabetes Association or the Mothers Against Drunk Driving.  For information, please call 847-223-8122 or go to www.strangfuneral.org.

One reply on “Walter J. Bajorek”