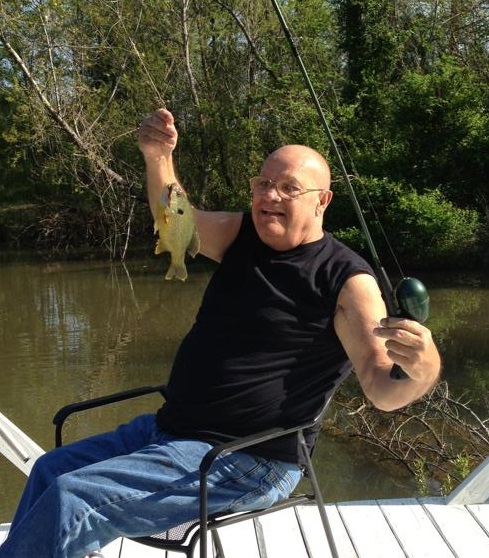 Mr. Ronald Dean Gardner of Grayslake, IL., and formerly of Benton, KY, went to be with our Lord and Savior on May 29, 2019.  He was 78 years old, born in Barley, California February 23, 1941.  Ron was an over-the-road and local truck driver for over 40 years.  He was a “Friend of Bill W.” for 35 years.  He enjoyed attending retreats at Villa Desiderata with the spiritual guidance of Father Lutz and Brother Pat.  He was a member and officer for over 10 years of the Draffenville Lyons Club.  Ron is known for touching so many lives with his caring and encouraging words.  He was known for giving the shirt off his back and opening the doors to anyone at anytime who needed a friend.  You knew you were one of his favorites when he used his witty sarcasm, accused you of cheating at Yahtzee, or you were honored with such terms of endearment like “brat” or “big dummy.”  Ron will always have a special place in all our hearts. Ronald Gardner was survived by his wife, Patricia Gardner (Dauskurdas); one son, Ed (Sheena) Gardner of NC; six daughters, Luanne (Ricky) Sellers of TN, Kimberly (Mike) Powers of IL, Joanne (Dwayne) Curtis of NC, Debbie (Jeff) Frazier of IL, Melissa (Jon) Wise of IL, and Liz (Steven) Hill of IL; 14 grandchildren, Daniel (Nicole) Ellis, Allison (Chris) Grantham, Tiffany (Chris) Burnette, Jessica (Thomas) Reynolds, Eric Sellers, Mike (Lindsay) Powers, Gabe (Jennifer) Powers, James Powers, Ashly Frazier, Kaitlyn Frazier, Kali Frazier, Matthew Wise, Joseph Wise, and Shane Hill; five great-grandchildren, Cameron, Lexy, Ava, Madeline, and Lucas; and many nieces and nephews.  He was extremely proud of all of his children and grandchildren.  A visitation will be held on Sunday, June 2, 2019 from 2:00 p.m. until 6:00 pm at Strang Funeral Chapel, 410 E Belvidere Rd, Grayslake, IL 60030.  Prayers will be said at the funeral chapel on Monday, June 3, 2019 at 9:15 a.m. followed by a procession to church where a Funeral Mass will be held at 10:00 a.m. at St. Gilberts Catholic Church, 301 E Belvidere Rd, Grayslake, IL 60030.  Donations can be made to Melissa Wise and will be used for sponsoring Villa Desiderata retreat participants in need. 863 Chesapeake Trail, Round Lake Heights, IL 60073.  For more information, please call (847)223-8122 or visit www.StrangFuneral.org.