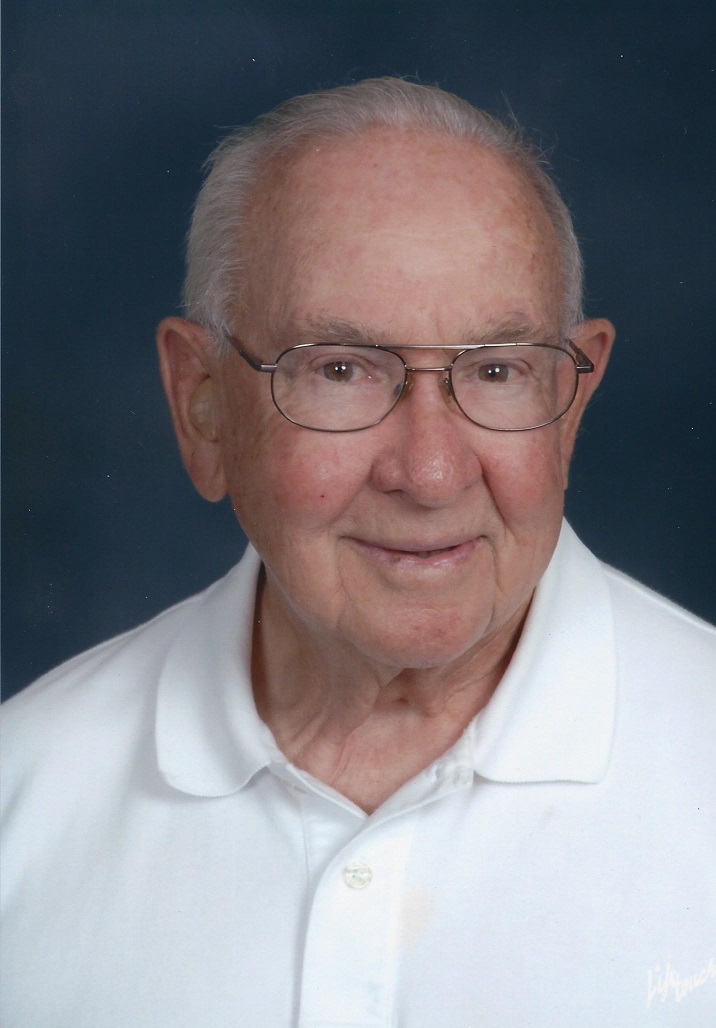 Richard M. “Dick” Geissinger, 96, of Wheeling, IL went to be with the Lord on Saturday, November 7, 2015 surrounded by his family at Journey Care Hospice in Barrington Born August 12, 1919 in Huntingdon, PA to M. Clair Geissinger and H. Mary (nee: Streightiff). Richard was united in marriage to the late Doris Marie Hughes on December 29, 1943 in Huntingdon, PA. Richard’s greatest joys in life were his faith, his family, especially being a grandfather, and serving others. Dick was a caring and compassionate man in life. He was a member of the Kingswood United Methodist Church for 25 years and had worked as a Vice President and General Manager for ABM Elevator Services. Dick is survived by his daughter Jeri (William Lissimore) Apland, his granddaughter April Apland, his grandson Luke Apland, his great-grandchildren Payten and Rylie, and his brother Robert Geissinger of Huntingdon, PA. He was preceded in death by his wife, Doris, his son Paul H. Geissinger, and his sister Sara “Sally” Hartman. A memorial visitation is scheduled for Friday, November 13, 2015 from 9:15am until 10:00am with a memorial service commencing at 10:00am with a luncheon to follow, at Kingswood United Methodist Church 401 W. Dundee Rd. Buffalo Grove, IL. Interment will follow the luncheon at Spring Grove Cemetery in Delavan, WI. In lieu of flowers, donations may be made to Journey Care Pepper Family Hospice Care Center 405 Lake Zurich Rd. Barrington, IL 60010. For more information please log onto www.strangfuneral.org or call (847)223-8122.