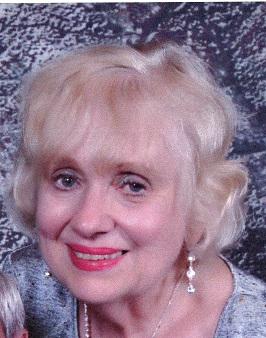 On June 14th, 2021, Mary Elizabeth Herholz entered into eternal rest at the age of 77 after a brave battle with ALS.

Mary was born on May 1st, 1944 in Chicago, Illinois.  She was a loving wife, mother, sister and grandmother. She grew up in Wildwood, Illinois and graduated from Warren Township High School in 1962. Mary married her husband William (Bill) on June 22, 1975 in Grayslake, IL. Mary worked as a secretary most of her career which included employment at Libertyville High School and The College of Lake County where she retired in 2007. Mary enjoyed spending time with her family and three grandchildren. She also enjoyed traveling, trying new restaurants, and attending live performances such as concerts and musicals. She was a huge fan of historical things and had such a keen, detailed memory of particular events. Mary enjoyed social events with friends and was part of the Red Hats Society. She was strong in her faith throughout her life and her and Bill attended St. Gilbert’s Parish and St. Paul the Apostle Church for many years. She was known by many to be devoted to prayer.

Mary was preceded in death by her father, Carl Pedigo, her mother, Isabelle Pedigo. She is survived by her husband, William, her two children, Shaun (Andreea), Cheryl (Brian), her brother, John, and her three grandchildren, Elias, Edelweiss, and Katelyn.

For live streaming of services, families can access the link to the Saint Gilbert YouTube channel through the parish website link:  www.stgilbert.org/home
OR directly at: https://www.youtube.com/channel/UCMP0PFhS_wyXxgsTzbPEEyw