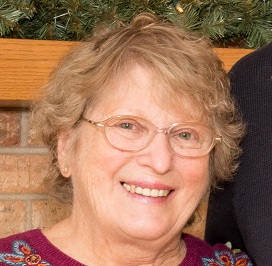 Janet K. Hannan, 76, of Grayslake, passed away peacefully at her home August 6, 2020. She was born in August 1943 to Victor and Francis Marek Kosilla in Tarrytown, New York.  Janet attended Sleepy Hollow High School in Tarrytown, NY before meeting her husband, Donald C. Hannan, while they both worked for General Foods. They had three children Mark, Donald and David. She was active in their children’s schools and athletics while growing up in Ossining, New York and Freehold, New Jersey. As well as being an active member of her parish teaching religious education classes. She especially enjoyed attending her children’s and grandchildren’s sporting and school events.

She is preceded in death by both of her parents, Victor and Francis Kosilla as well as her grandson, William Hannan and brother in law, Jon Knapp.

A visitation is scheduled for Tuesday, August 11, 2020 from 10:00am until 11:00am  with a memorial service commencing at 11:00am at Strang Funeral Chapel & Crematorium, 410 E. Belvidere Road, Grayslake, IL 60030.    Interment will be held privately.  In lieu of flowers, the family is asking that donations be made to the United Cerebral Palsy Foundation.