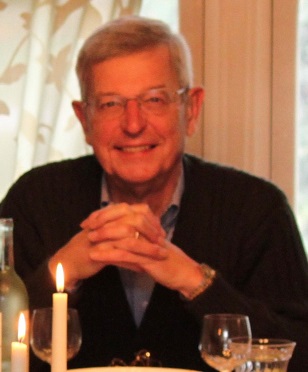 Jim Rockwell, of Grayslake, IL passed away Sunday, November 29, 2020.  Jim was born on March 2, 1948 and was the son of the late Don and Phyllis Rockwell from Rock Island, IL.  Jim graduated Rock Island High School in 1965 and attended and graduated from Illinois State University in 1970.  It was at Illinois State that Jim met the love of his life, the late Nan Rockwell.  The two were married in June, 1970 and enjoyed 44 years of marriage before Nan’s passing in 2014.  Upon graduation from ISU, Jim attended and graduated University of Iowa Law School.  Upon graduation from law school, Jim entered the US Navy as Lieutenant, and remained in the Navy for 28 years, retiring out of Great Lakes Naval Base as Commander, where he last served as a judge.  During their time in the Navy, Jim and Nan traveled the world with their two children, Ben and Emily, including tours of duty in two foreign countries; the Azores and the Philippines, as well as both coasts of the US.  When asked years later what he enjoyed most about the Navy, it was the sense of adventure that came from traveling the world and the many enduring friendships that developed throughout the years.  After Jim’s retirement from the Navy, he became the Registrar at Northwestern Law School, a time he very much enjoyed. Jim was also very involved in the Grayslake Lions Club and served as President.  Jim very much enjoyed his time as a Lion, from presenting the Grayslake High School scholarship to a deserving senior, to pancake breakfasts to steer roasts, all for a worthwhile cause to care and serve those that are less fortunate.  He always spoke so highly of his fellow Lions and treasured their friendship. Jim enjoyed spending time with Nan, reading, golfing, and visiting his grandchildren.  He is survived by his son Ben (Julie) Rockwell and their children Lucy (16) and Molly 15) in New Jersey, as well as his daughter Emily (Joe) Kane and their children Layla (14), Addison (12) and Eli (9) in Antioch, IL.  Jim is also survived by his brothers; David (Teresa), Tom (Marilyn) and Dan (Cathy) Rockwell as well as many nieces and nephews. Thank you to the many people that cared, looked out for, and helped him the past several months.  Our family is very grateful.  A memorial visitation and celebration of life is scheduled for Saturday, July 24, 2021 from 10:00am until 12:00pm with the celebration commencing at 12:00pm at Strang Funeral Chapel and Crematorium 410 E. Belvidere Rd. Grayslake, IL 60030. Inurnment will follow the services at Avon Centre Cemetery  In lieu of any flowers, Jim would be honored for any donations to be made to the Grayslake Lions Club Scholarship Fund, which the Lions will be renaming in his honor (PO Box 201, Grayslake, IL 60030.