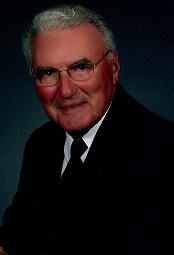 Jack L. Clooney, 87, a resident of Grayslake, IL, passed away Sunday, January 31, 2021 at his home.  He was born February 1, 1933 in Hollywood, CA to John and Dorothy Clooney. Jack graduated from Grayslake HS in 1950 and then served four years in the Air Force, two of them in England. After the military, he worked at Fansteel in North Chicago as a Data Processing Manager for 45 years.

In retirement, he enjoyed flying planes in the Saddlebrook Farms RC Flyers Club. He was also a model train enthusiast. He had a twinkle in his eye, wonderful Irish wit and never had an unkind word to say about anyone. He was generous to a fault and loved by all who knew him.