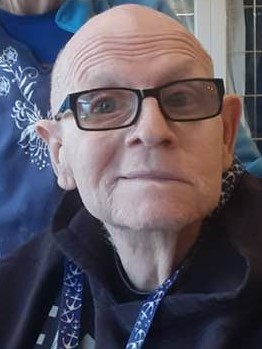 George A. Walton, 75, a resident of Fox Lake, IL, passed away Saturday, October 2, 2021 at The Cottages of Fox Lake. He was born February 3, 1946 to Elmer and Fredericka Walton of Lake Bluff, IL. George graduated from Lake Forest High School and then served in the US Navy. George retired from S & C Electric after 43 years of service. He was a proud leader of 4H Rocketry and a dedicated volunteer for the Ronald McDonald House. George enjoyed bowling at Mundelein Lanes as part of the League Night and was an avid Green Bay Packers fan. George is survived by his wife Catherine whom he was married to for 50 years, his children Gary (Jill) Walton and Leslie (Tony) Schmidt. George adored his grandchildren Garret, Gabe, Christin, Caitlin, Courtney, Clayton, and Cayson. He is further survived by his siblings Mary “Betty” (the late Karl) Heuer, Vivian (Walter) Howlett, Barbara (Robert) Casperson, Linda (Leon) Lesner, Dean Walton, Gene (the late Sharon) Walton, Joyce (Steve) Kinch, Jason Walton, and Gordon (Sandy) Walton. He was preceded in death by his parents, sister Kathryn (the late Walter) Priddy, and his brothers Richard (the late Barbara), Robert (the late Laura), John (the late Dorothy), and Clifford (the late Sharon) Walton. A visitation is scheduled from 10:00 AM until 11:00 AM with a memorial service at 11:00 AM on Saturday, October 16, 2021 at United Methodist Church, 429 Brainerd Ave. Libertyville, IL 60048. All funeral arrangements were entrusted to Strang Funeral Chapel & Crematorium 410 E. Belvidere Rd. Grayslake, IL 60030. For more information log onto www.strangfuneral.org or contact (847) 223-8122.

5 replies on “George A. Walton”