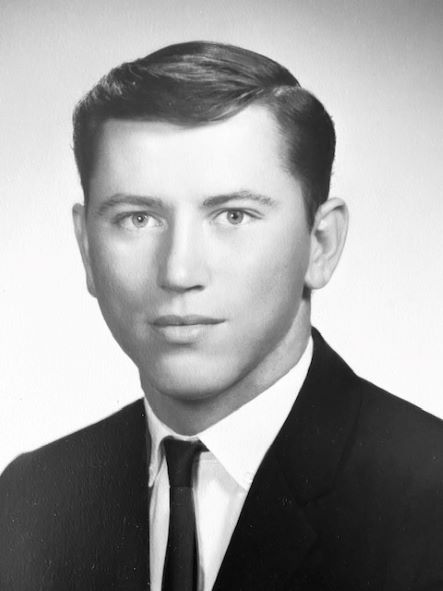 Edward B. Fey, 78, of Lindenhurst passed away peacefully on October 1, 2021. He was born on April 15, 1943, in Peoria, IL to the late Leslie and Bernice (Berry) Fey. Ed was the beloved husband of Katrina (Gegenheimer), dear brother to the late James (Nancy) Fey, loving father to Barry, Kristin (Brian) Smith, Nathan, and Melissa (Scott) DeBoor, proud grandpa to Sofia and Courtney, and fond uncle of Mandy (Steve Trapani), and the late Kim Fey.

Ed was raised in Bloomington, IL and graduated from Trinity (Central Catholic) High School in 1961. He attended Illinois State University on a golf scholarship and was honored to be a team captain. He earned his B.S. in Mathematics in 1966 and started his teaching career in Beecher, IL. Ed moved to the Lake County area and continued teaching math and coaching golf at North Chicago Community High School for the next 30 years. He earned his M.S. in Mathematics from the Illinois Institute of Technology in 1975 and taught nights and summers at the College of Lake County.

Ed was a scratch golfer who beat the course record at Highland Park Golf Course (Bloomington, IL) in 1973 and had two hole-in-ones: Hole #11 at Steeple Chase Golf Club and Hole #4 at Brighton Dale Links.

Ed made a mean zucchini bread, awesome Sunday breakfasts, and the most delicious burgers. He loved animals including his dogs Pal, Cleo, Ally, and Fridge, his cat Missy, and some squirrels that started hanging around his door in the past few years for some reason (certainly not due to any crackers that may have been left on the porch). He also enjoyed fishing, gardening, and shooting pool. Ed loved traveling across America with his wife and visiting the national parks to see his daughter with his lifelong friends Craig Reuse and the late James Clancy.

He was the rock of our family and will be greatly missed.

In lieu of flowers, donations can be made to the Meals on Wheels Foundation of Northern Illinois.