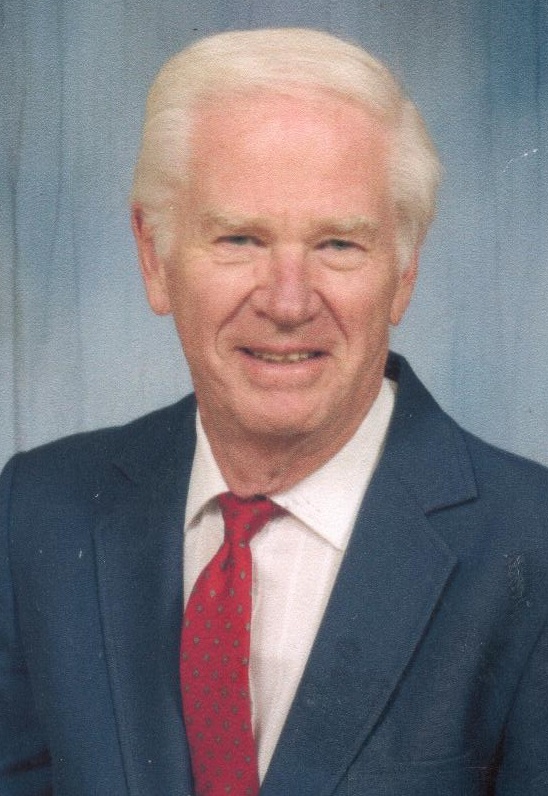 Donald Hilmer Kolseth, 91 passed away December 15th at Warren Barr Lincolnshire. He was born on April 3, 1928, in Chicago to Esther Kristina Kolseth nee Nilsen and Knut Hilmer Kolseth. Don graduated from Steinmetz High School (Chicago, IL), and graduated from the Illinois Institute of
Technology with a degree in mechanical engineering. After graduating from college, Don served in the U.S. Army and was stationed in Austria. After his Army service, he worked for Hotpoint, a division of General Electric. In 1956, he married Ginny and they raised their family in Bellwood, IL. Don was transferred to Louisville, KY in 1968, where he continued to work for General Electric in the refrigeration dept. until his retirement in 1993. They retired to Lake Geneva, WI, where Don enjoyed pursuing his hobbies of woodworking, furniture making, woodcarving, stain glass, hunting, fishing, gardening, traveling, and most of all spending time on Geneva Lake with his family. His love of practical jokes and dry sense of humor will be missed, but have been passed onto his grandchildren.

Beloved husband of the late Virginia “Ginny” Lee Kolseth nee Dobbs for 63 years, loving father of Donna (Peter) Eckert, Kurt (Mary Kay) Kolseth, proud grandfather of Lee Eckert, Melanie Eckert, the late Linda Eckert and the late Benjamin Kolseth, brother of Janice (late Edward) Kotas, Roger (Louise) Kolseth, and Dale (late Karen) Kolseth, and uncle to many. A Celebration of Life is planned for the spring in Lake Geneva. Interment will be held privately. In lieu of flowers, a donation may be made to the Illinois Special Olympics at https://www.soill.org/. Arrangements were entrusted to Strang Funeral Chapel & Crematorium, 410 East Belvidere Road, Grayslake, IL 60030. For more information please contact (847)223-8122 or log onto www.strangfuneral.org.

One reply on “Donald Hilmer Kolseth”