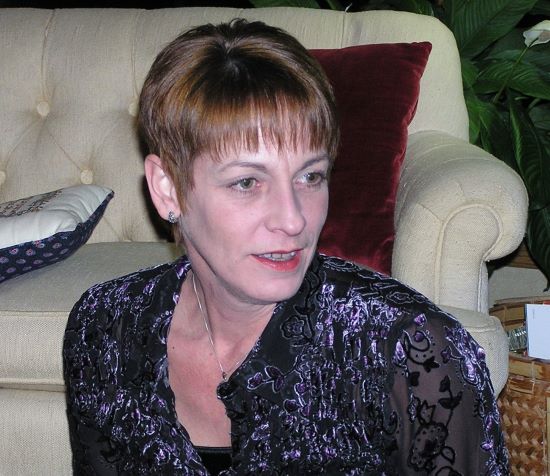 Deanna Kay Medenwaldt, 59, was a loving and charismatic wife, mother, sister, daughter, aunt and beautiful person, inside and out. She passed away unexpectedly on Tuesday, September 28th in her long-time home in Third Lake, IL. Deanna had a deep appreciation and love for art and music, often spending much of her time sketching while listening to her favorite artists.

Deanna had a smile that could light up a room and a sense of humor that could make anyone’s day better. Her ability to make the people in her life feel loved unconditionally, no matter the circumstances, was admired by all who knew her.

Deanna, daughter of Holger and Gloria (Frederick) Nielsen, was born on October 24, 1961. She spent the first thirteen years of her life in Glenwood City, Wisconsin, where she was a “town kid” in her early childhood and then lived on a small farm with her parents, sister and brothers. In 1974, she moved to Baldwin, WI, where she spent her teen years in a cozy home in the woods on Pine Lake. Deanna graduated from Baldwin-Woodville High School in 1980. She attended the University of Wisconsin-Eau Claire and graduated in 1982 with a degree in Fashion Merchandising and Marketing. Her career in retail spanned over a decade. In 1992, she met the love of her life, Tom Medenwaldt.