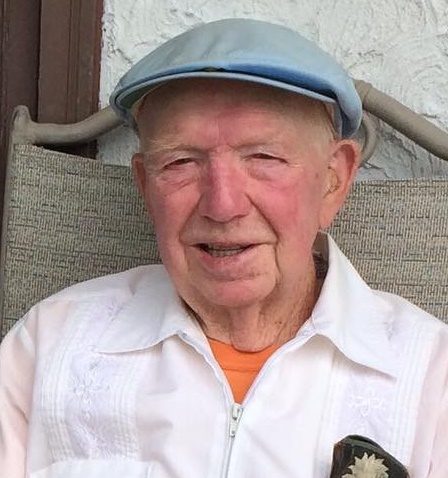 Daniel J. Ryan, 90, a resident of Round Lake Beach, IL, passed away Tuesday, December 6, 2016 at his home.  He was born March 19, 1926 in Chicago, IL to John and Irma Ryan.  Daniel was a World War II veteran having served with the US Navy.  He was a member of St. Joseph Catholic Church in Round Lake.  Daniel worked as an educator and principal for Avon School and later worked in construction as a carpenter.  Daniel is survived by his children Timothy (Jerri) Ryan and Kathleen (Tom) Goldman, his grandchildren Zachary Goldman and Dannaelle (Jake Colito) Goldman, his great-grandson Leo Colito, his sister Patsy (Bill) Sheahan, and his sister-in-law Molly Ryan.  He was preceded in death by his wife, Joan, whom he wed on September 2, 1947, his son Dan Ryan in 1977, and his siblings Gerry Ryan, Jack Ryan, Mary Flannery, and Dorothy Conrad.  A visitation is scheduled for Friday, December 9, 2016 from 4:00pm until 8:00pm Strang Funeral Chapel & Crematorium 410 E. Belvidere Rd. Grayslake, IL.  A funeral service is scheduled for Saturday, December 10, 2016 at 10am at the funeral chapel.  Interment will follow the services at Ascension Cemetery in Libertyville, IL.  In lieu of flowers memorial donations may be made to the St. Joseph Catholic Church 114 Lincoln Ave. Round Lake, IL 60073.  For more information log onto www.strangfuneral.org or call (847)223-8122.