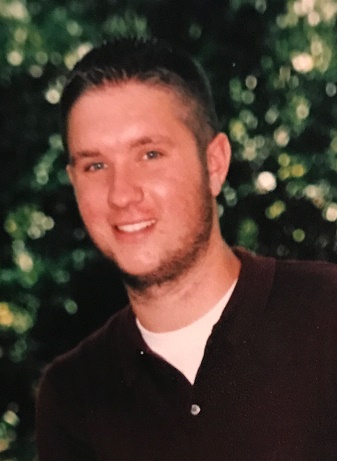 Brian R. Bovill, 30, a resident of Round Lake, IL passed away March 15, 2017.  He was born February 2, 1987 in Waukegan, IL to Howard Duncan and Diane Foreman.  Brian is survived by his mother Diane Foreman, his father Howard Duncan, his step-father Wally Foreman, his daughter Madison Bovill, his siblings Walter Foreman, Amber Foreman, and Amanda Foreman, his 3 nieces, and his nephew.  He was preceded in death by his grandparents Eugene and Rosemarie Bartoszek and his stepdaughter Bailey Bovill.  A visitation is scheduled for Sunday, March 19, 2017 from 1:00pm until 5:00pm at Strang Funeral Chapel & Crematorium 410 E. Belvidere Rd. Grayslake, IL 60030.  A funeral mass will be held on Monday, March 20, 2017 at 10:00am at St. Bede Catholic Church 36455 N. Wilson Rd. Ingleside, IL 60041.  Interment will be held privately.  In lieu of flowers memorial contributions may be made to the family. For more information on services, call (847) 223-8122 or log onto www.strangfuneral.org.

One reply on “Brian R. Bovill”