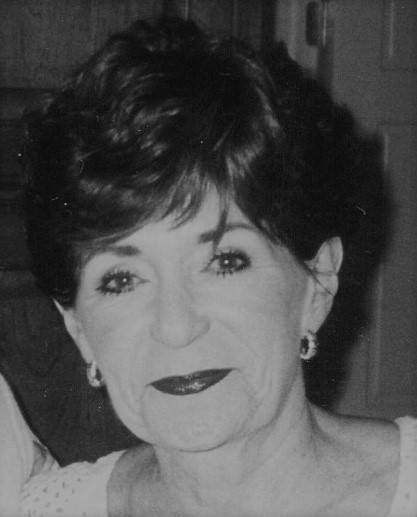 Barbara Marie Coe Mette, 86, of Libertyville, Illinois, passed away on July 12, 2022, surrounded by her immediate family.

Born Barbara McClure on June 19, 1936, in Chicago, Illinois, Barbara lived her whole life in the northern suburbs of Chicago. She graduated from St. Ferdinand’s grade school and Alvernia High School, and then went on to attend Clark College. In 1957, she met and then married Jack Coe, her first husband and the father of her four children. Her career began at G.D. Searle & Company, and then she worked in high-end retail at Neiman Marcus in Northbrook, Illinois, for 30 plus years where work became her passion and colleagues, and clients became lifelong friendships. As a young woman, she very independently raised Milissa, Aimée, Kristen, and Lawrence while Jack traveled for work. She enjoyed lake life at Lake Delevan, played tennis and piano, and traveled the world with Jack until his death in 1998. In the next chapter, Barbara met and married her second husband, Bill Mette, in 1999, and the two proceeded with world travel and enjoying their many grandchildren for sixteen years until Bill’s death in 2016. Barbara was full of class and refinement – a notorious “night owl” who loved to absorb high-fashion periodicals; sharpen her mind with jigsaw, crossword, and Sudoku puzzles; play Bridge with Nancy and Bill; knit sweater after beautiful sweater; and sip on Glenlivet as the midnight hour came and went. Often filled with family and friends, Barbara’s dining room table was never short on good food, loud storytelling, strong opinions, and happy laughter.

A Mass in Barbara’s memory will take place on Monday, July 18, 2022 at 1:00pm at St. Norbert Church, 1809 Walters Ave, Northbrook, IL. A celebration of Barbara’s life will be held on Monday, July 18, 2022 from 2:30pm until 5:30pm at Francesca’s North, 1145 Church St, Northbrook, IL. In lieu of flowers, please make memorial donations to the Li-Fraumeni Syndrome Association at https://www.lfsassociation.org/donate/ or the American Cancer Society at  https://donate3.cancer.org/ . All funeral arrangements were entrusted to Strang Funeral Chapel & Crematorium 410 E. Belvidere Rd. Grayslake, IL 60030.  For more information, please log onto www.strangfuneral.org or contact (847)223-8122.