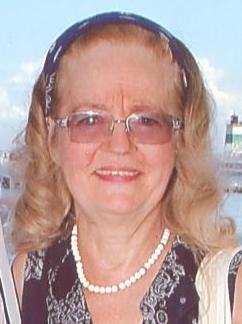 Barbara Jean Gilbert, 75, passed away on April 8, 2015 at home, in Wildwood. Barbara was born on July 1, 1939, to Walter and Evelyn Purdy nee Miller in Chicago, IL. Barbara loved to crochet blankets for The Project Linus, a non- profit organization that would meet once a month, providing homemade blankets to children in need. Barbara is survived by her children David(Ronika) of Schaumburg, IL, Daniel(Alisa) of Lake Bluff, Il, her grandchildren Neela, Christine, Eric, by her brother Robert(Adrienne) of Wheaton, IL. Barbara is preceded in death by her husband Wayne Gilbert, and her aforementioned parents. For those who wish memorial contributions can be made to The Project Linus Foundation P.O. Box 5621 Bloomington, IL, 61704 they can also be reached at (309)585-0686. All arrangements were entrusted to the Strang Funeral Chapel 410 E, Belvidere Rd, Grayslake, Il, 60030.