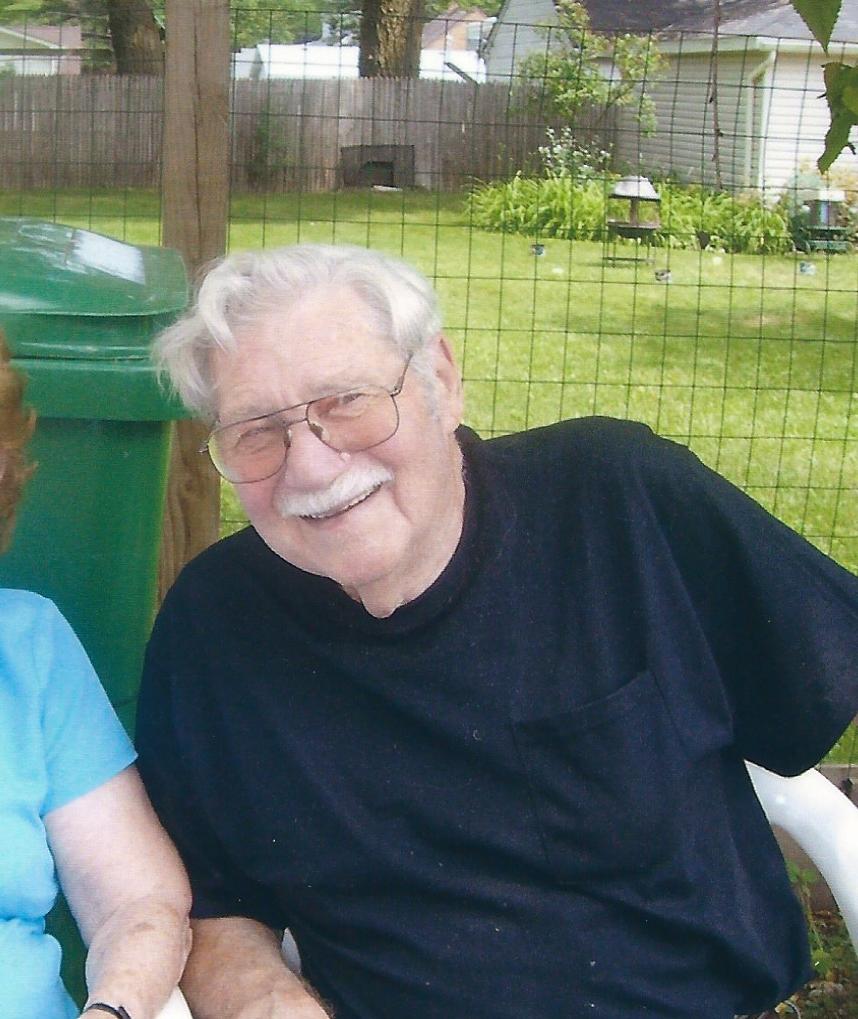 George Gruber, age 90, of Grayslake, passed away Friday, April 3, 2015 at his home.  He was born on June 27, 1924 in Chicago, IL to Charles and Elsie Gruber.  He was a veteran of World War II having served for the US Army and a member of the Grayslake American Legion. George graduated from Sign School and worked as a sign painter, as a milkman for Spinney Run Farms in Libertyville for over 30 years, and as a janitor for Magee Middle School in Round Lake and College of Lake County, and was a volunteer Grayslake Police Officer.    George was a member and volunteer, as a minister of care for the sick, of St. Gilbert Church and a volunteer and minister of care for St. Therese Hospital and Winchester House.  He was a member of the Knights of Columbus and the Antioch Moose Lodge.  George is survived by his wife of 68 years, Mary, his children, James (Paula) Gruber, Eileen (Jim) Siwula, Gerard (Jackie) Gruber, and George Gruber Jr., his many grandchildren and great-grandchildren, his sister Imelda Thome, and his numerous nieces and nephews.  He was preceded in death by one daughter, Mary Ann, his sons Gregory and Eugene, and his 2 brothers and 1 sister.  Friends of the family may visit on Saturday, April 11, 2015 from 8:30 a.m. to 9:30 a.m. at St. Gilbert Catholic Church 301 East Belvidere Road, Grayslake, IL 60030 with the funeral mass commencing at 9:30 a.m. at the church. Interment will follow at Ascension Cemetery.  Arrangements were entrusted to Strang Funeral Chapel & Crematorium, 410 East Belvidere Road, Grayslake, IL 60030.  For information, please call 847-223-8122 or visit www.strangfuneral.org.