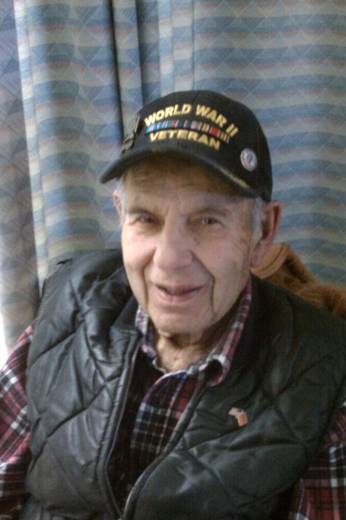 William Vaskin Samson Sr., 86, of Grayslake, passed away Friday, April 19, 2013 at Rolling Hills Manor in Zion. He was born July 5, 1926 in East Moline, IL to George and Anna (nee: Yevnokian) Samson. William was a veteran of the US Army having served during World War II. He was a member of the St. George Armenian Church in Waukegan where he volunteered his time to help build additions, maintained the grounds, donated a sign for the church, and helped during the Mother’s Day dinners. William was a member of the Waukegan American Legion and was founder and owner of Nu Glo Sign Company in Grayslake. William is survived by his children Dr. Diana Lynn (Dr. Richard) Cohen, William Vaskin Samson Jr., and John George (Tina) Samson, his grandchildren of Bridget (Jonathan) Olejniczak and Victoria Samson. He was preceded in death by his parents, his wife Joan, and his sisters Alice Fuhrer and Mary Chapanian. Friends of the family may visit at STRANG FUNERAL CHAPEL & CREMATORIUM, 410 E. BELVIDERE ROAD, GRAYSLAKE, IL 60030 from 4 p.m. until 7 p.m. on Sunday April 21, 2013. A brief visitation will be held at St. George Armenian Church, 1015 McAree Road, Waukegan, IL 60085 on Monday April 22, 2013 from 10:00 a.m. until 11:00 a.m., with the Funeral Mass commencing at 11:00 a.m. Interment will follow at Northshore Garden of Memories in North Chicago. Memorials may be made to the St. George Church in William’s name. For further information, please call (847) 223-8122 or visit www.strangfuneral.org.