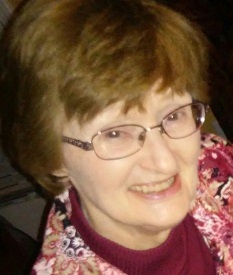 Verlee Ann Jones (nee Miller) , 78, of Grayslake IL, passed away unexpectantly July 1st, 2015, of a sudden stroke at Advocate Condell hospital in Libertyville, Il.
She was born in Moline, IL, on April 20th, 1937, to Lillis and Orville “Lefty” Miller. She was a 1955 graduate of Reynolds High School in her hometown of Reynolds, IL. She received her nurses training from the School of Nursing at the Methodist Hospital in Peoria, IL, and obtained her RN certification in 1958. She spent many loving years raising her 4 children. After 25 years of nursing for the Lake County Health Dept., Verlee retired as the supervising nurse/manager of the Mid-Lakes Medical Clinic in Round Lake Park, IL. She was a very active member of the United Protestant Church in Grayslake where she had also been the organist for many years as well as a current and longtime member of the choir. Verlee was a very talented pianist and organist. Her passion for music began as a young girl where she played the pipe organ at her church in Reynolds. As an adult she played for countless church services, solo ensemble contests, choral concerts, weddings, funerals, and church functions. She was also an avid CUBS fan, garden enthusiast, bird watcher, and Grandma extraordinaire.
She is survived by Ronald, her husband of 57 years, who misses her dearly; their 4 children , Jeff (Laurie) Jones, Valerie Jones, Vickie (Gordon) Held, and Virginia (Shawn) Fitzgerald; 8 grandchildren, Michelle, Corinne, and Kurt Jones, Anthony, Ben, and Adam Fitzgerald, Emily and Elise Held; 2 brothers, Jack (Judy) Miller and Dean Miller; as well as many nieces and nephews.
A visitation is scheduled for Friday, July 10, 2015 from 4pm to 8pm at Strang Funeral Chapel, 410 E. Belvidere Road, Grayslake, IL 60030. A Celebration of Life will take place at United Protestant Church, 54 Whitney Street, Grayslake, IL 60030 on Saturday, July 11th , 2015 at 11am. Burial will be private. Memorials in Verlee’s name may be made to the United Protestant Church of Grayslake to benefit the music program. For more information please log onto www.strangfuneral.org or call (847)223-8122