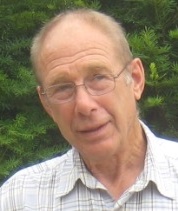 Terry Lee Rockenbach, 74, passed away on June 13, 2017, at home following a long struggle with prostate cancer.  He leaves behind his wife of 30 years, Marge Rockenbach, his son Russell (Lisa) Rockenbach, his daughter Paige Rockenbach, his stepson Todd (Donna) Wellens, his stepson Timm Wellens, his grandchildren Kaitlyn Wellens, Brandon Rockenbach, Zach Wellens, Rebecca Rockenbach, Jessica Rockenbach, and Samantha Rockenbach, his sister Pam (Chuck) Relitz and his brother Dennis (Jeanne) Rockenbach.  He also has many nieces and cousins.  He was preceded in death by his parents Ray and Virginia Rockenbach and his granddaughter Amanda Rockenbach.  Terry was raised in Grayslake.  He enjoyed athletics in high school.  After high school, he became a licensed plumber.  He opened Rock Plumbing in 1969 and serviced the Lake County area until he sold the business in 2004.  He then became a plumbing inspector serving several Lake County municipalities until 2016.  Terry was a charter member of Faith Church of Grayslake.  He was active in the Northern Illinois Chapter of Associated Builders and Contractors where he was a 2 term president.  He was also a 38 year member of Grayslake Lions Club.  He was an active participant holding many positions including several terms as president and grill master for the annual steer roast.  His happiest times were fishing in Canada, spending time with his grandchildren, and enjoying the beauty of northern Wisconsin.   A visitation is scheduled for Friday, June 16, 2017 from 4:00pm until 8:00pm at Strang Funeral Chapel & Crematorium 410 E. Belvidere Rd. Grayslake, IL 60030.  The funeral service is scheduled for Saturday, June 17, 2017 at 10:00am at Lakeland Church 440 N. Hunt Club Rd. Gurnee, IL 60031.  Interment will follow the services at Avon Centre Cemetery in Grayslake, IL.  In lieu of flowers, please make donations to the Grayslake Lions Club.  For more information please contact (847)223-8122 or log onto www.strangfuneral.org.