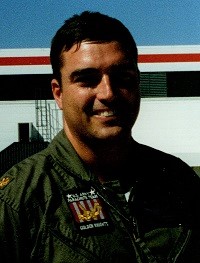 Scott P. VandenBroek, 59, of Grayslake, died on October 15, 2017 with his family by his side.  He is survived by his wife Donna, daughter Alexandra of Tacoma, WA, brother Mark and family Aurelie, Max, Lala, and Victor of Sarasota, FL, nephew James Faircloth of Erwin, NC, cousins Lori, Troy, Braxton, Logan, and Tyler of Erwin, NC, several aunts and uncles from Donna’s family, and many family members in Holland.  Preceded in death by his parents Johanna and Antonius VandenBroek of Cleveland, OH.  Scott was a retired Major serving 23 years in the United States Army Aviation.  Awards include: Meritorious Service Medal (5th award), Air Medal, Army Commendation Medal (2nd award), Army Achievement Medal (2nd award), Korea Defense Service Medal, Army Superior Unit Award, National Defense Service Medal (2nd award), Global War on Terrorism Service Medal, Army Service Ribbon, Overseas Service Ribbon (2nd award), Master Army Aviator Badge, Master Aviation Badge, Parachutist Badge and Air Assault Badge.  One of Scott’s greatest joys was flying, he had great memories of all of his Army experiences and his most memorable was with the United States Army Parachute Team serving as the Team 6 leader for the aviation section.  After retiring from the Army Scott worked as a pilot with American Airlines; also, while on medical leave he worked part-time at ACE Hardware in Libertyville.  Scott was a Jeep enthusiast, Gold Wing enthusiast, and enjoyed many travels he and Donna have done over the years.  Scott was what a husband and father should be to the women in his life, his greatest joy were his girls: Donna, Alex, and Mallory the family dog.  A visitation is scheduled for Friday, October 20, 2017 from 4:00pm until 8:00pm at Strang Funeral Chapel & Crematorium 410 E. Belvidere Rd. Grayslake, IL 60030.  A funeral service will be held on Saturday, October 21, 2017 at 11:00am at the funeral chapel.  Interment will be held privately.  In lieu of flowers, please make donations to Journey Care Hospice or American Cancer Society. Scott’s family will be accepting family and friends at their home in Grayslake on Saturday after the funeral service to share food, love and laughter.  For more information on services, call (847) 223-8122 or log onto www.strangfuneral.org.