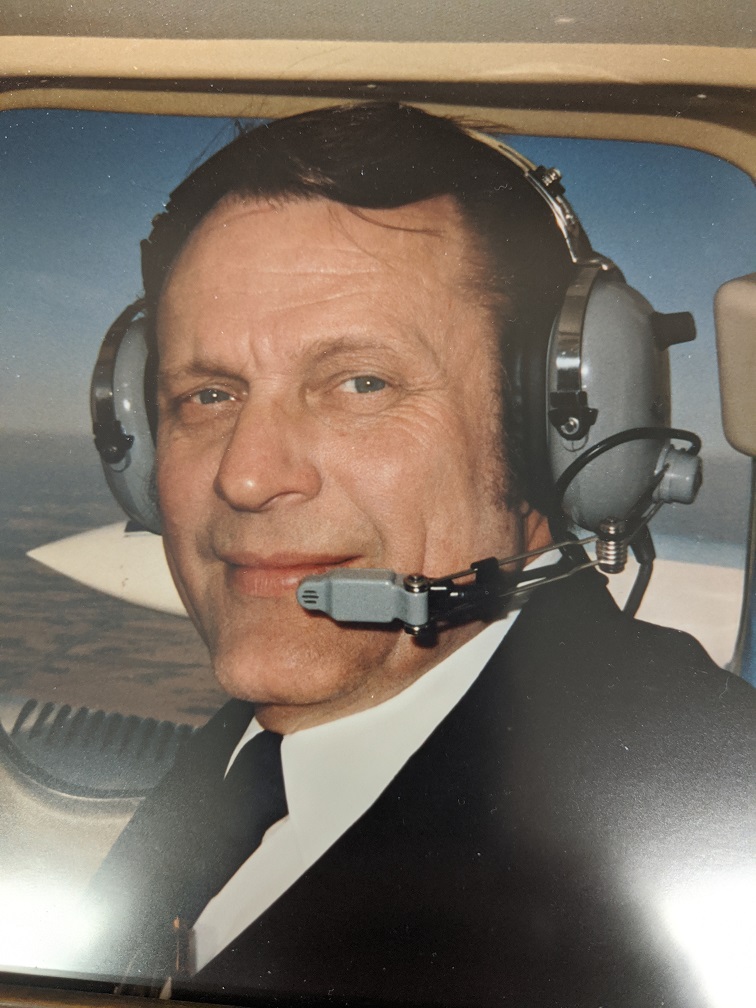 Richard E. Smiley was born to Jean Keller and Harold Smiley July 11, 1938 in Chicago, IL. After High School, Richard entered the U.S. Air Force and after basic training took as many of the Military equivalence exams as he could. He was sent directly to flight school and became a pilot of multi-engine aircraft. He achieved the rank of Captain. During his service, he lived on the Makah Nation reservation with his then wife Pat. He became a strong member of the tribe and was given the name of “Golden Eagle.” He and Pat lived on the reservation as housing on the base was limited. Predeceased members of Richard’s family are: Father, Harold Smiley, mother, Jean Keller Smiley, son, Richard E. (Rick) Smiley. Surviving members are wife, Kathleen, son, Terry Smiley, Grandchildren, Yolanda, Angela, Richard III, Daniel, Zachary, and Chloe Rose. After his military service he became a pilot with a United airlines affiliate San Juan Airlines based out of Port Angeles, WA.  He longed to go back to Illinois and when he did return, he was a pilot for various corporations and charter companies. Concurrently, he was owner and operator of Smiley Interiors, a drywall construction company in Lake County Illinois. His firm specialized in high end homes along the north shore. During that time, he married Kathleen. They lived in the Fox Lake, then Spring Grove and finally in the Grayslake areas. Rich loved to spend time in his wood shop making clocks of all kinds, furniture and home decorations. His shop was immaculate. One of his neighbors remarked once that Rich has the only workshop with crown molding in in. He also loved to spend time tending to his beautiful lawn and trees. Another of his neighbors remarked that Rich’s lawn looked like a golf fairway. Rich will be buried on the Makah reservation in Washington state as a member of the Makah tribe, with full tribal and military honors at a date to be announced.