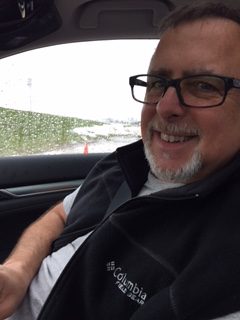 Richard B. Neubauer, 58, a resident of McHenry and formerly of Oshkosh, WI, passed away Tuesday, February 28, 2017 at Centegra Hospital in McHenry.  He was born July 16, 1958 in Oshkosh, WI to Richard and Nancy Neubauer.  Richard had worked for Square D in Oshkosh.  He was an established artist that devoted his life to his craft and demonstrated his love through his art.  Richard is survived by his wife of 35 years, Karen, his mother Nancy Neubauer, his children Travis (Peggy) Gauger and Niki (Rigs) Gjyshi, his grandchildren Landon, Lexi, and Ashlyn Gauger and Amelia and Evan Gjyshi, and his siblings Dean Neubauer and Tammy Neubauer.  He was preceded in death by his father, Richard.  A funeral service is scheduled for Saturday, March 4, 2017 at 1:00pm at the mausoleum of Lakeview Cemetery 2786 Algoma Blvd. Osh Kosh, WI 54901.  In lieu of flowers, memorial donations may be made to the American Heart Association.  All funeral arrangements were entrusted to Strang Funeral Chapel & Crematorium 410 E. Belvidere Rd. Grayslake, IL 60030.  For more information on services, call (847) 223-8122 or log onto www.strangfuneral.org.

One reply on “Richard B. Neubauer”