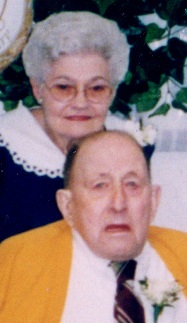 Marcella J. Lenzen, 88, of Grayslake, passed away on January 13, 2017 at Condell Medical Center in Libertyville.  A life-long resident of Grayslake, a past member of Faith Baptist Church, and an active member of the Grayslake Historical Society.  Marcella was a servant of Grayslake and always had a helping hand for many groups in the community.  She was a mother and grandmother to many; a friend to all and a foe to none.  She is survived by, and the beloved mother of Linda (the late Jim) Barnes of Kentucky; Lawrence (Mary) Lenzen of Lindendhurst, and Carl (Kim) Lenzen of Grayslake; six grandchildren, twenty great-grandchildren, and one great-great-granchild.  Also survived by her brothers, Duane Howard of Illinois and Paul (Laurel) Howard of Granite Falls, WA; her sisters, Edith Perry of Milwaukee, WI; Mary (Robert) DeMik of Watseka, IL; and Ruth (James) Batie of Doniphen, NE.  Preceded in death by her parents, Sebern B. and Ruth H. (nee Berkley) Howard; her husband of 50 years, Jerome William Lenzen who died December 2001, her brothers, Sebern B. Howard, Jr. Ray Howard, Harold Howard, and Richard Howard, and her son William Lenzen in July of 2014.  A visitation is scheduled for Monday, January 16, 2017 from 4:00pm until 8:00pm at Strang Funeral Chapel & Crematorium 410 E. Belvidere Rd. Grayslake, IL 60030.  A funeral service will be held on Tuesday, January 17, 2017 at 11:00am at the funeral chapel.  Interment will follow the services at Avon Centre Cemetery in Grayslake, IL.  Memorial contributions May be made to either the Grayslake Fire Department, 160 Hawley St. Grayslake, IL 60030 or the Grayslake Historical Society, PO Box 185 Grayslake, IL 60030. For more information on services, call (847) 223-8122 or log onto www.strangfuneral.org.