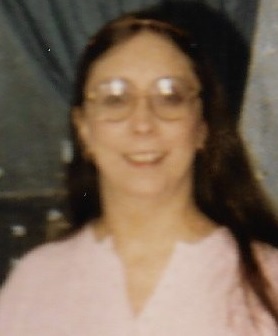 Linda Kay (Thompson) Cleary, passed away peacefully in her sleep at age 65 on Sunday, February 19, 2017.  She was born on March 23, 1951, to Pauline and A. W. Thompson in Anniston, Alabama.  After her parents divorced and her mom remarried, they moved around to several Army bases.  Her favorite was Hawaii, where her sister, Rhonda, was born.  Her mom didn’t want her to go off base, but did let her go to some dances.  Once they relocated to Chicago, she made the town her own.  In high school, she joined the ROTC earning their highest ranking, cadet colonel.  During her early twenties, she got to vacation many places around the US.  Her first marriage gave her “little” Linda.  Then she met her soul mate, Jeremiah.  Within 2 years, they were married and had a daughter of their own, Jenny.  Due to an injury, Linda spent many years battling surgeries, procedures, and medical intervention.   As her medical problems grew her physical abilities were more limited.  However, she remained ever sharp-minded.  Linda’s joys were her family, reading, cards, board games and game shows, bird watching, and telling stories of the past.  She was a good wife, mother, grandmother, daughter, sister, aunt, and friend. She is survived by her loving husband of 38 years, Jeremiah Cleary, her daughters, Linda Armstrong, Jennifer (Frank) Ladwig, and Leandra Christine Cleary, also her granddaughter, her grandchildren, Megan, Joe, Kyle, Raven, Dylan, and Noah, her sisters, Rhonda (Mark) Rakosnik and family, Odessa (Phillip) Edwards and family, Lilly (Ross) Skaggs and family, her brother Jerry Thompson, her caregiver Cathy (Jesse) Miller, in-laws Ann (Tom) Greybill and family, Julie Cleary Zanoza, and James Cleary.  Along with many nieces, nephews, aunts, uncles, and cousins.  In lieu of flowers, charity donation cards will be available.  Per her request, a direct cremation was performed and a memorial visitation will be held on Saturday, February 25 from 1-3 pm with a funeral service at 3:00 pm at Strang Funeral Chapel at 410 E Belvidere Rd, Grayslake, IL  60030, (847) 223-8122. http://www.strangfuneral.org/

One reply on “Linda K. Cleary”