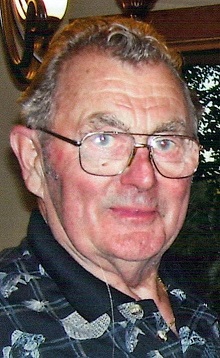 Joseph “Sepp” Pangratz, age 84, of Iron River, MI passed away on Friday, April 17, 2020 at Aspirus Iron River Hospital. He was born on January 8, 1936 in Waldkirchen, Germany.  Joe immigrated to the United States in 1958 settling in Baltimore, MD.  He met his wife, Sandy, in Washington D.C and they married on December 12, 1964.  The couple moved to Lake Villa, IL, where they lived for 34 years and moved to Iron River in 2000. Joe owned and operated Pangratz Carpentry for 25 years.  He was a member of the Gagewood Lions Club, serving as President and Christmas Tree Chairman for several years.  He was voted Lion of the Year twice and is a Melvin Jones Fellow. After moving to Iron River, Joe enjoyed retirement by hunting, fishing, and working in his shop, where he sold his creations at local craft fairs. Joe is survived by his wife, Sandy, née Derer and a sister, Annie in Germany, along with many nieces and nephews.  Also surviving are the Licocci family of which he was “Opa” to Vinny and Maddy and a dear friend to the Elsbury families.  He was preceded in death by a son, Joseph A; six brothers, Fritz, Max, Ludwig, Rupert, Franz, and Arnulf; and a sister, Krescenz.  A Celebration of Life will be held at a later date. Burial will be in Highland Memorial Park in Libertyville, IL. Condolences may be expressed to the family of Joseph Pangratz online at www.jacobsfuneralhomeir.com Funeral arrangements are by the Jacobs Funeral Home, Inc. of Iron River and Strang Funeral Chapel & Crematorium 410 E. Belvidere Rd. Grayslake, IL 60030. For more information log onto www.strangfuneral.org or call (847)223-8122.

One reply on “Joseph Pangratz”