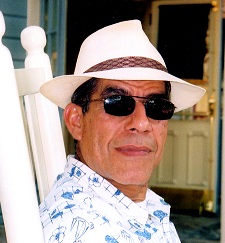 John A. Rodriguez, 68, a resident of Vernon Hills, IL passed away April 2, 2017 at Advocate Condell Medical Center in Libertyville, IL.  He was born August 13, 1948 in Puerto Rico.  John was retired from the US Navy.  John is survived by his wife Dawn Rodriguez, whom he wed on December 20, 1994, his children George (Basia) Rodriquez, Cory Rainey, Leeza (Brian) Grosvenor, his grandchildren Julian Rodriquez, Viola Grosvenor, Derek Grosvenor, and his siblings Luis, Albert, Jaime, Evelyn Haddock, Elizabeth Morales and Amado.  He was preceded in death by his parents Amado and Juanita Rodriguez and his brother Angel.  A visitation and funeral service is scheduled for Friday, April 7, 2017 from 4:00pm until 8:00pm with the funeral service commencing at 8:00pm at Strang Funeral Chapel & Crematorium 410 E. Belvidere Rd. Grayslake, IL 60030.  For more information please contact (847)223-8122 or log onto www.strangfuneral.org.

One reply on “John A. Rodriguez”