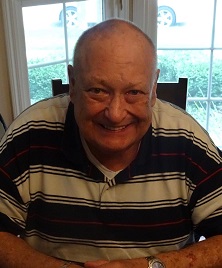 Gus Beres was born on August 29,1937, in Chicago, Illinois, son of Gus and Charlotte Beres (nee Huber).   The family eventually settled down and resided in Ingleside, Illinois where he worked with his father in the beer distribution business which he ultimately did for his entire career.

Gus then met Dorothy and they eventually got married on September 18, 1971.   They moved to Round Lake Beach and raised two boys, Ted and Nick. Gus enjoyed rooting for (and yelling at) the White Sox and Bears.  Spoiling his English Springer Spaniels Princess, Poopy (don’t ask), and Emma.  He also enjoyed going to casinos and traveling to Las Vegas.  He enjoyed listening to music and watching movies.   He also had quite the appetite and frequented restaurants all across northern Illinois with his friends.  Gus passed away on Monday, January 4th, 2021.

Gus was preceded in death by his mother and father, Gus and Charlotte. He is survived by his wife Dorothy; their two sons Ted and Nick; and their grandchild Jaden; as well as his brother Ken.  The family would like to extend its heartfelt gratitude to the staff at Hillcrest Nursing Home and Advocate Condell Hospital. In lieu of flowers, please donate to the American Heart Association, the American Stroke Association, or The Children’s Hemiplegia and Stroke Association.  All funeral arrangements were privately held and entrusted to Strang Funeral Chapel & Crematorium 410 E. Belvidere Rd. Grayslake, IL 60030.  For more information please contact (847)223-8122 or log onto www.strangfuneral.org.