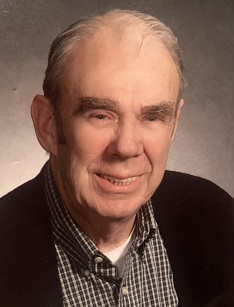 Donald W. Leininger, 89, passed away at his home in Lindenhurst, IL on Wednesday, December 2, 2020. Don was born in Philadelphia, PA to Walter and Barbara Leininger on November 9, 1931 and then moved to Akron, IN where he spent his school years. He graduated from Indiana University in 1955 and married Lettie Jane Rentschler on October 30, 1955. Don and Lettie recently celebrated 65 years of marriage.

Don spent 20 years as a pilot in the Air Force. He logged over 11,000 flight hours during his military service, primarily flying C-124, C-54 and C-118 transport aircrafts. In 1968, he served in Vietnam as a liaison between the Air Force and the Army receiving the Bronze Star. Military trips took him around the world, and he delighted his children with the unique gifts he would bring home from his travels. Thanks to his military service, Don and Lettie raised their three children all over the United States.

In high school, Don excelled at basketball, a sport he continued to play later on in life. He loved planning family camping and road trips. These trips included visits to Southern California/Mexico, Oregon and Colorado. Don’s favorite role in life was that of a grandfather. Whether it was his unique storytelling, playing computer games or a practical joke, Don brought the fullness of life to each and every visit, memories crystallized in his family’s hearts by his big explosive laugh.

In the final years of his life, Don battled Parkinson’s disease with dignity and grace. He still had a laugh and a smile for those around him and kept his optimism until the very end. He is survived by his wife Lettie and his children, Dan (Jen) of Layton, UT, Julie Vander Weele (Ron) of Chicago, IL and Chris of French Lick, IN; and grandchildren Megan, Allison, Emily, Will, Max, Abe and Van. The family requests any memorial gifts be made in Don’s name to the Michael J. Fox Foundation.