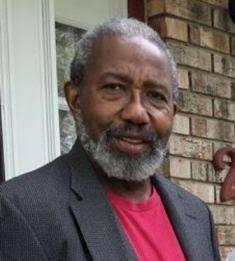 Clarence Woodrow Williams, 73 years old of Round Lake Beach, IL was born on May 18th, 1947 in Alpine, Alabama, and passed away on September 24th, 2020. He was born in Alpine, Alabama, grew up in Rockford, IL, and graduated from Rockford Auburn High School in 1966. He was a celebrated football and track athlete in high school and college. He earned a bachelor’s degree in special education in 1970 from Illinois State University (ISU) and a master’s degree in education administration in 1974 from (ISU). He then went on to complete all coursework for a doctoral degree at Loyola University in Chicago. Clarence has also spent time volunteering, teaching, and preaching in jails, prisons, and youth detention centers. Most recently he volunteered as a special education consultant and leader of The Bridge, a community-based youth mission in Round Lake, IL. He counseled students and their families regarding disabilities and their overall development and education. Clarence was a deeply and dearly loved husband, father, grandfather, brother, uncle, mentor, and friend. His pride was in his family and raising them to be loving, conscious Christians that did what they loved and made an impact on the world around them. Clarence and his wife, Gail, have lived in Round Lake Beach since 1975. Clarence was an educator and taught at Grayslake and Antioch High Schools, and worked for the Special Education District of Lake County (SEDOL), IL for more than 36 years in special education and administration. During that time, twice at both schools, Clarence was nominated by the students to be the commencement speaker for their graduation ceremonies (he also supervised over 30 proms). He coached debate and track teams at Grayslake high school and was often a substitute bus driver. Upon retirement in 2003, he continued to serve as an educational consultant in several districts across northern, IL for another 10 years. Clarence and Gail were married in 1975, and have four children, including Calvin who went home to be with the Lord in 2008, and also eight grandchildren. They have been faithful members of Lake Region Bible Church their entire married life. Clarence served as an Elder in the church since 1978 and in 2011 he started serving as an associate pastor, which “greatly” increased his salary by the max he would allow the church to pay him, $1.00. Clarence loved helping people, telling stories, fishing, gardening, traveling, and collecting things. After the passing of his brother Mack, some of his nieces and nephews looked to Clarence as their second father. He was especially close to Paul Borden and Pricilla Linginfelter. They were always there for Clarence and Gail, and both of them would regularly stop by to check on them and care for them as if they were their own parents.He is survived by his wife Gail of 45 years, his children, Clarissa Williams (Esau McGhee) of Chicago, IL, Gabriel Williams (Jamie Williams) of Racine, WI, Coralie Ward (Forrest Ward) of Powder Springs GA, and also Krisi Williams, his daughter-in-law of Gilbert, AZ; his grandchildren Kaitlyn, Keira, and Coleman Williams of Gilbert AZ, Theo, Joie and Henry Williams of Racine, WI, and Kenzie and Ansley Ward of Powder Springs, GA; his siblings Barbara Cobham of Toledo, OH, Henry Williams of Rockford, IL, Rosie Williams of Rockford, IL, Richard Williams of Rockford, IL, and Lillian Williams of Rockford, IL; and numerous nieces and nephews. He was preceded in death by his parents Woodrow and Lizzie Borden Williams, his brother Mack Borden and his oldest son Calvin Williams. A visitation will be held at Strang Funeral Chapel, 410 E. Belvidere Road, Grayslake, on Thursday, October 1, 2020 from 3:00pm until 9:00pm, during this time we will be adhering to all COVID-19 guidelines including wearing of face masks and a maximum of 50 people in the funeral chapel.  A funeral service will be held at Indian Hill Bible Church, 36133 N Fairfield Road, Ingleside, IL 60041 on Friday, October 2, 2020 at 10:00am, a maximum of 100 people are allowed to be in church for the service, family members will be given priority seating. Please wear a mask when entering and leaving the church, once seated you may take the mask off. To live-stream the funeral service please use the following link: https://www.facebook.com/Lake-Region-Bible-Church-135396920032  An outdoor family greeting will take place following the funeral service until 1:00pm at church.  Interment will take place at Windridge Memorial Park, 7014 S Rawson Bridge Road, Cary, IL 60013 on Friday, October 2, 2020 at 2:00pm, social distancing procedures will be enforced.  In lieu of flowers, the family would like memorial contributions to be made to Lake Region Bible Church or The Bridge of Round Lake (an after school mission supported by their church). Online donations can be made through these links:Lake Region Bible Church or The Bridge of Round Lake. If you are giving by check, please make the check out to Lake Region Bible Church. Write “The Bridge” in the memo section if you would like your donation given to The Bridge of Round Lake.  For more information, please call (847)223-8122 or log onto www.strangfuneral.org.