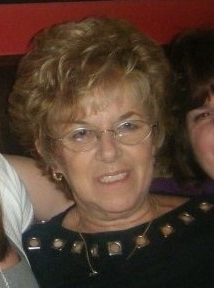 Caren A. Ford, 68, a resident of McHenry, passed away Tuesday, October 24, 2017.  She was born February 3, 1949 in Waukegan, IL to Erhardt and Alice (nee: Biddick) William.  Caren was a Corvette fanatic.  Caren is survived by her children Patricia (Arthur) Schultz of Rockford, Sheila Vikre of McHenry, and Debra Ford of McHenry, her beloved grandchildren Richard, Aaron, Sami, C.J., Anthony, and Stephen, her great-grandchildren Jaxson and Jennifer, her brother Allen (Kathy) Mathiesen, and her friends Margaret and George Dukas, Tim and Patrice Evans, John and Frieda Hanson, and Gary and Jan Miller.  She was preceded in death by her husband Richard Ford, her brother Bill Mathiessen, her sister Brenda Robinson, and her parents.  A visitation is scheduled for Monday, October 30, 2017 from 4:00pm until 8:00pm at Strang Funeral Chapel & Crematorium 410 E. Belvidere Rd. Grayslake, IL 60030.  The funeral service is scheduled for Tuesday, October 31, 2017 at 10:00am at the funeral chapel.  Interment will follow the services at Highland Memorial Park in Libertyville, IL.    For more information please contact (847)223-8122 or log onto www.strangfuneral.org.

One reply on “Caren A. Ford”