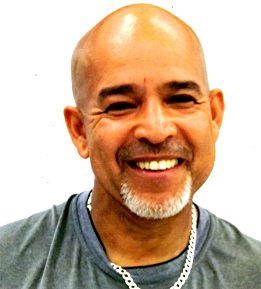 ANGEL L. MELENDEZ  64, United States Marine Corp Veteran of Zion, IL passed away on November 11, 2016. Angel was born to Felix and Ana (Alvarez) Melendez of Waukegan on December 20, 1951 in Vega Baja, PR, was one of 10 children. Was a lifelong resident of Lake County.  Attended Maryville Academy in Des Plaines IL and continued his education at Waukegan Township High School where he graduated in 1969. He entered the military in 1970, where he served 2 years in the United States Marine Corp, and received an honorable discharge. He continued his service as a member of the Marine Corp Reserves for 4 years. He was employed by the Veterans Administration of North Chicago and the Ann Kiley Center. His accomplishments; VA Performance Award, Certificate of Nomination of the American Legion, was an AMVETS Life Member and received many other accolades.  Angel was a loving, husband, father, grandfather, great grandfather, son, brother and uncle. He lived a full life, enjoyed his motorcycle, his dog Minnie and working out at the VA. He loved God, his family, and listening to the oldies.  He was a loving warm kind hearted person with a big heart. Angel is survived by, his Wife; Anna Maria (Nieves) Melendez, Daughters; Hilda Quinonez (Jesse d.), Annette, Sons; Michael and Gabriel Graham, grandchildren; Lisette, Jesse, Yvette and Julian Quinones, Taylor, Avery, Emma, Kendall, and Elliott Graham, great grandchildren; Devine, Arian, baby Jesse III,  His Mother; Ana, Siblings; Carmen, Santo (Mary), Freddy (Julie), Rose Staben (Milton d.), Ada, and numerous nieces, nephews and several greats.  Angel is preceded in death by his father Felix, brothers Isaac and Eladeo, sisters Porfiria and Martha.  A Memorial service will be held at 10:00 am, Friday, November 18, 2016 at New Way of Life Church 1225 S. Elmwood Ave, Waukegan IL.  847-775-2444.  In lieu of flowers donations to the family would be appreciated.