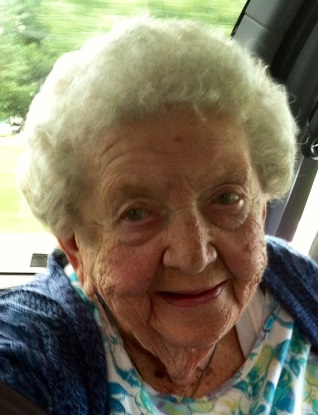 Adele, who graduated from Immaculata High School and Wright Junior College, married the love of her life Michael (Frank) Yore on April 24, 1948. They moved to Arlington Heights in 1956 where they raised their family. She worked at Sears and Arlington Federal Savings while happily raising her children. She loved to swim, read and was an avid bridge player. Traveling was her passion; she traveled to Europe several times and took numerous cruises and bus tours. Adele moved to South Padre Island, TX in 1980, and it soon became her second home. She loved the sun and lifestyle of the Island and volunteered at the local library and involved herself in numerous clubs.

She gave birth to five, but was like a mom to countless others. She made everyone feel like family. Every person that stepped into her home was treated like royalty. To know her was to love her and she will be greatly missed by all. There will be a reception at 4:00pm until 6:00pm with a memorial service commencing at 6:00pm on Friday, August 7, at Strang Funeral Chapel, 410 East Belvidere Rd, Grayslake. Interment will be private. In Lieu of flowers, all donations should be made to the American Cancer Society in memory of Adele Yore, 800-227-2345. For more information, please call 847-223-8122 or visit http://www.strangfuneral.org