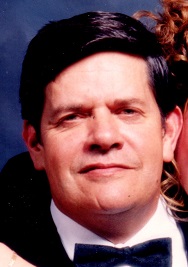 Stephen M. McMahon, age 74, of Grayslake, Illinois passed away Friday, November 8th, 2019 at Auberge Memory Care in Lake Zurich.  Stephen was born in Boston, Massachusetts on January 26th, 1945 to Rita and Joseph McMahon. He grew up in Hull, Massachusetts, surrounded by six siblings and graduated from high school when he entered into the US Army. He served three tours in Vietnam, retiring after 27 years of service as a US Army Major. He was the recipient of several medals, including the National Defense Service Medal, Vietnam Campaign Medal, Armed Forces Expeditionary Medal, Vietnam Service Medal, Good Conduct Medal, and Marksman (Rifle M-1).  Upon returning, he went on to college and graduated Northeastern University with a Bachelor’s degree in Business. He met and married the love of his life, Marilyn, and raised two children with her, starting in Chicago and ending up in northern Lake County. He retired after 30 years with the EPA and then working as a contractor for the Chicago Public School System. He earned several additional degrees and certifications in his free time. He was also a member of Mensa.

Those who knew him, loved him. He was a very gentle man, often serving others before himself. He was compassionate, had an incredible laugh and smiled with his eyes. He loved helping others, often lending tools, a hand, and his knowledge on electrical systems and other home improvement needs. He also enjoyed reading history and biology books, watching football and hockey, and discussing current events with his grandson.  He is survived by his wife of 50 years, Marilyn, his daughter Jennifer (Scott) Biggs, son Joseph (Lori) McMahon, his grandchildren Justin, Shannon, Mackenzie, and Sarah. He also leaves behind his sisters, Janet and Pat, his brothers Mark and Jeff, many nieces and nephews, as well as friends. He is preceded in death by his mother, Rita, his father, Joseph, his brother, Bruce, and sister, Rosemary.  At this time, the family would like to extend their heartfelt gratitude to the very caring staff at Auberge of Lake Zurich for their kind and compassionate care of Stephen and their kind words after his passing. They were truly remarkable humans and helped us, as a family, feel comfort in his care. Furthermore, we would like to extend our heartfelt gratitude to Kindred Hospice of Arlington Heights and their incredible hospice staff. During our most difficult time, you helped comfort us and cared for Stephen as one of your own. Thank you.  Visitation will be held this Thursday, November 14th, 2019 from 4pm-7pm at Strang Funeral Home, 410 East Belvidere Road in Grayslake, Illinois. Services will immediately follow at 7pm. Internment will be held privately, where he will be given a full military funeral.  in lieu of flowers, the family asks that you make a donation in Stephen’s memory to https://alz.org.  For more information please contact (847)223-8122 or log onto www.strangfuneral.org.