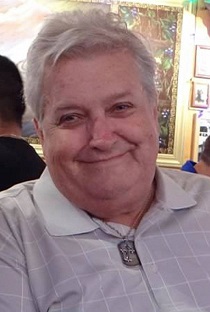 George W. Walters, 79, a resident of Grayslake, IL, passed away Monday, August 27, 2018 at Claridge Healthcare Center.  He was born June 29, 1939 in Chicago, IL to William and Theresa Walters.  George enjoyed volunteering, especially with the Boy Scouts and The Chapel.  He was a Bears fan and attended worship services at The Chapel.  George is survived by his wife of 58 years, Regina, his children Deborah (Gerald) Kelly, Joseph (Susan) Walters, and Steven (Teara) Walters, his grandchildren Miranda and Jared Kelly, Hayley, Gabriella, Alison, and Ethan Walters, his sister Dorothy (Charles) Wieczorek, and many nieces and nephews.  George was preceded in death by his parents, his brother John Walters, and his sister Louise Cerkleski.  A visitation and funeral service is scheduled for Saturday, September 1, 2018 from 9:00am until 11:30am with the funeral service commencing at 11:30am at The Chapel 25270 ILL. 60 Grayslake, IL 60030.  Interment will be held privately.  All funeral arrangements were entrusted to Strang Funeral Chapel & Crematorium 410 E. Belvidere Rd. Grayslake, IL 60030.  For information, please call 847-223-8122 or log onto www.strangfuneral.org or our facebook page.